Since ancient times, Arabs have developed a special relationship with horses. Horses were both the main means of transportation as well as a trusted comrade in arms during wars. This relationship is as unique today as it was ages ago, though horses are neither a transportation means nor a fighting comrade anymore, they are still beloved and valued animals for Arabs. Now, we engage with horses through recreational competitions such as horse races, horses-beauty competitions, and equestrian sports tournaments.

The Arabian horse is one of the oldest, purest, and most expensive horses in the world, and in this article, we show you the best pictures of purebred Arabian horses.

What distinguishes the purebred Arabian horse?

One of the most unique features of the Arabian horse's physique is the large chest size; this feature allows it to expand its huge lungs while galloping g for long distances.

All of these physical characteristics help the Arabian horse to withstand and adapt to harsh desert conditions.

In addition to these qualities, the Arabian horse has several advantages that only horse lovers appreciate, the most important of which are courage, calmness, and robustness thanks to its strong physical structure, in addition to fierce loyalty to its owner. The purebred Arabian horse is also extremely intelligent, which increases its ability to perceive and recognize danger.

The purebred male Arabian horse is an excellent choice for mating with different breeds to produce the best and fastest horses; Therefore, the purebred Arabian stallion is called the "Father of the Races".

Arabian horse breeds are almost countless, but Arabs, historically, have divided  them into three major breeds: 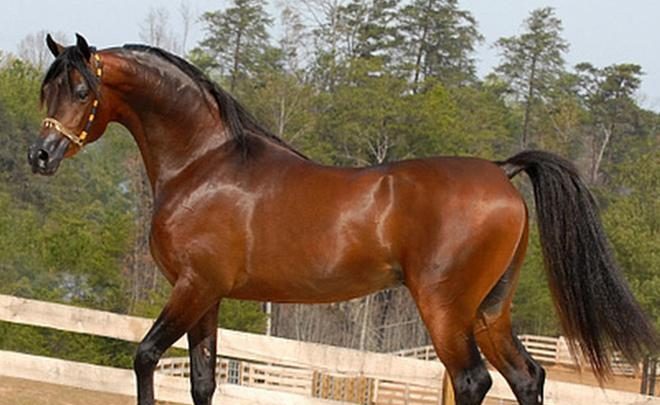 Named Alkahilan due to the black eyeliner “ kuhl” around their wide eyes.

These horses are often distinguished by their bright brown or gray color, and their average length ranges from 145 to 155 cm.

This breed also has high physical capabilities because of  its strong muscles and superb physique; Which makes it the favorite breed for horsemen, as it is one of the purest Arabian horse breeds. 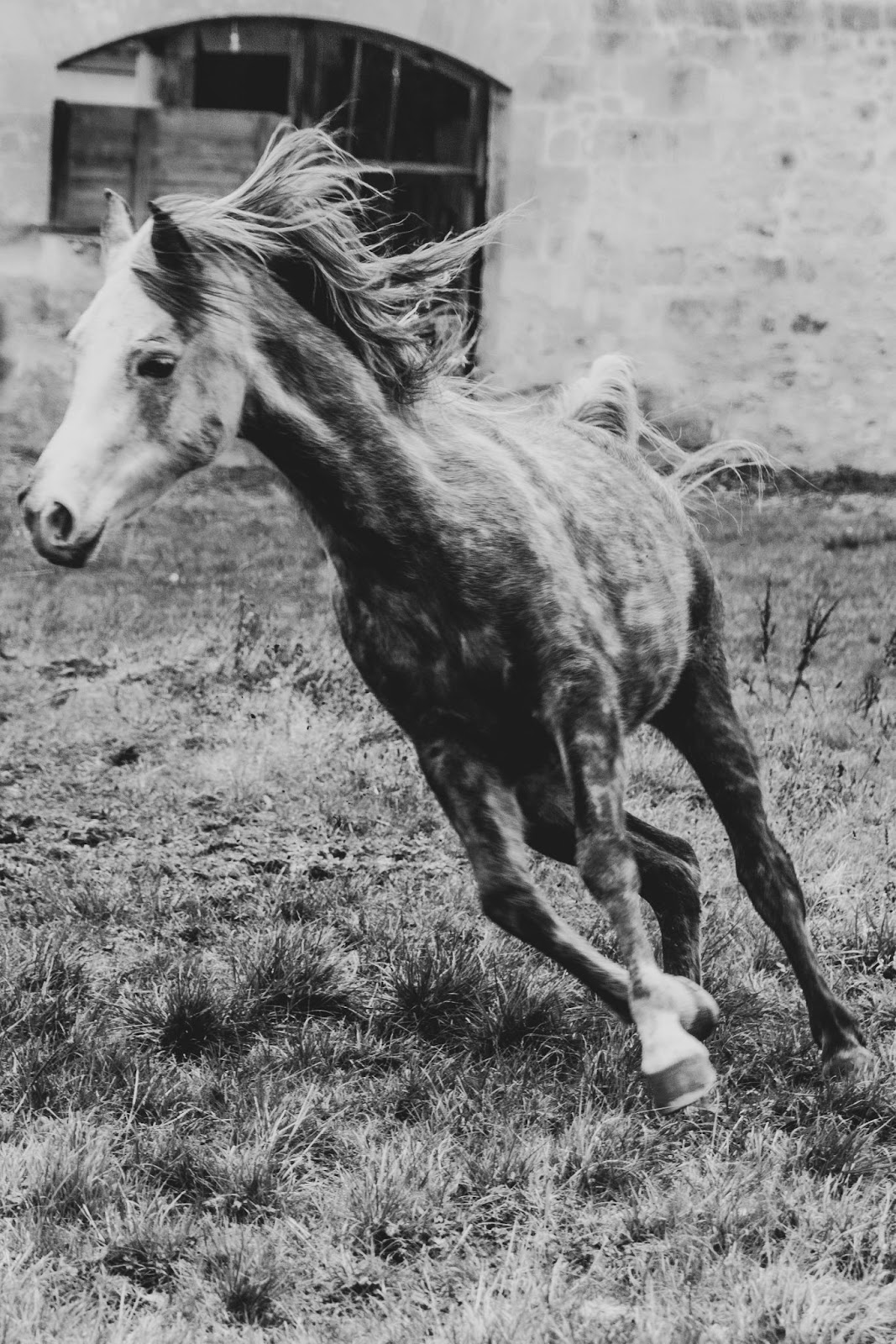 Although agility is the most important characteristic of this breed,  it is also distinguished by its dazzling beauty with its long neck, delicate nose, distinctive bone shape, and broad forehead, in addition to its lightweight and high spirit.

But what makes Saqlawiyah horses unique is their infamous blond color, which instantly attracts the eyes of onlookers. 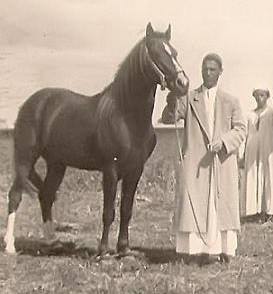 Historical and genetic studies indicate that the Moanaqeya horse breed is one of the oldest and purest breeds throughout history, which made it perfect for selective breeding, resulting in one of the fastest breeds of horses in the world: Al-Hadri horses, in addition to many other breeds.

This breed is distinguished  from other  Arabian horse breeds; It is characterized by its small eyes and a long stature of 154 cm, and this enormity of size is this breed’s most important characteristic.

In addition to its impressive physical qualities, this breed is very patient, which is why most experts consider it the best for racing horses.

There are many modern types of Arab horses, the most famous of which are Egyptian horses, Yemeni horses, Hijazi and Najd horses, Levantine horses, and Moroccan horses. There are also some mixed breeds, such as the Anglo-Arabian breed.

The Arabs were famous for naming their horses because of their strong attachment to them.  Prophet Mohammad - may God’s prayers and peace be upon him - owned three horses, called : Al Mortakaz, Al Ward, and Dhul Aqal.

Other famous Arabian horse names are  Al-Adham, Al-Abhar, Al-Shahbaa, Al-Fahad, Al-Jadeer, and other names that carry the meanings of courage, strength, and patience.

Here is a collection of some of the most beautiful pictures of purebred Arabian horses, as the majesticness, uniqueness, and beauty s of Arabian horses cannot be conveyed in just a few  words. 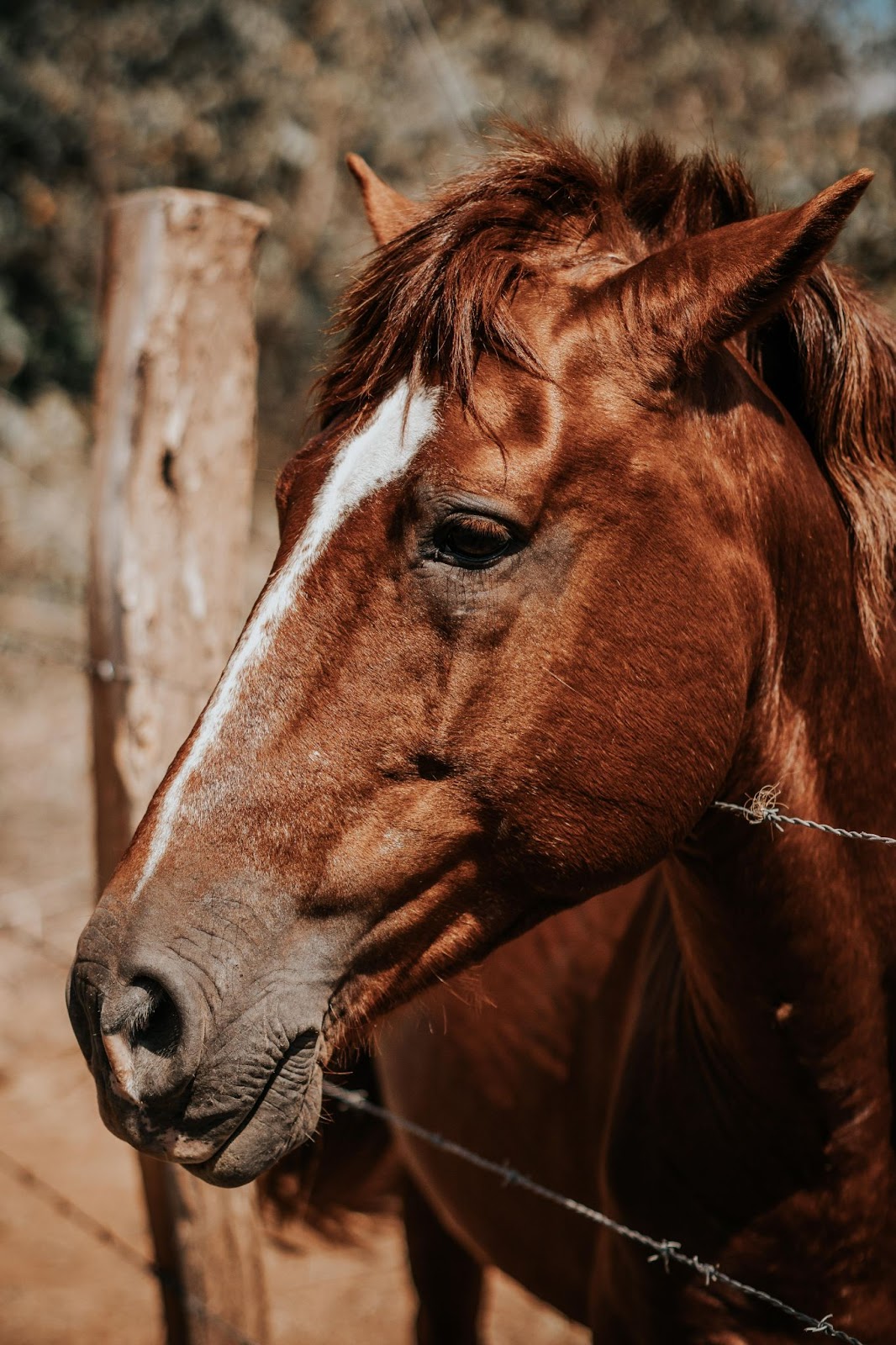 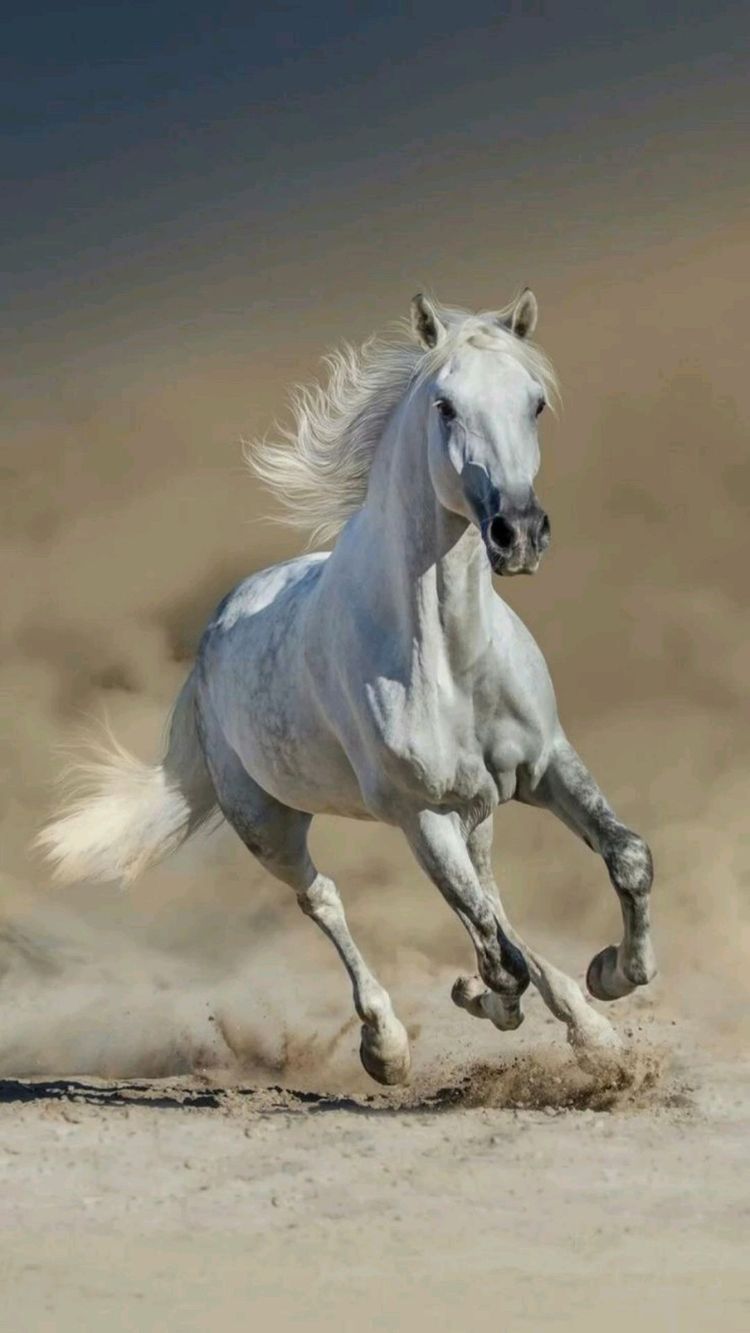 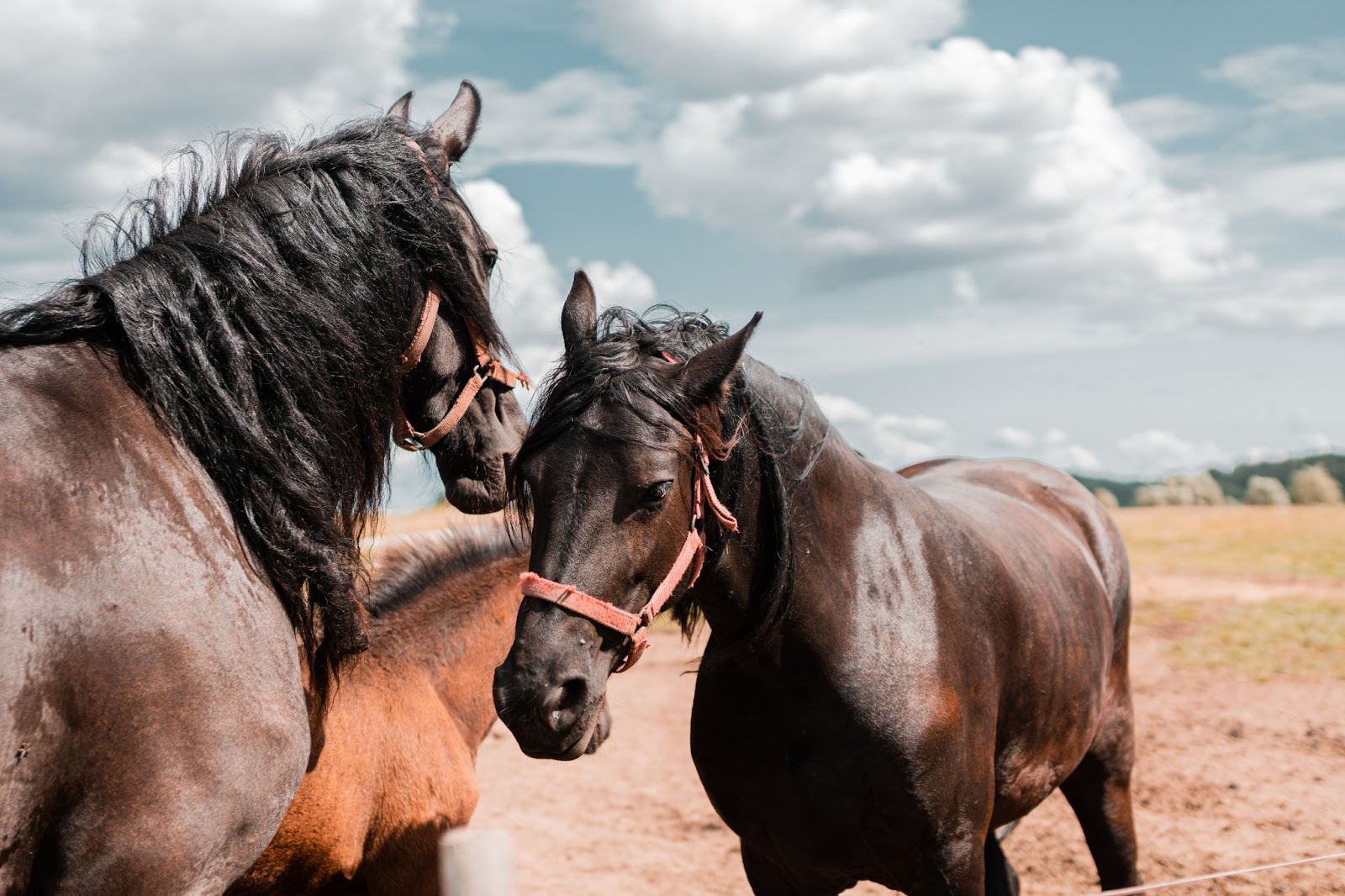 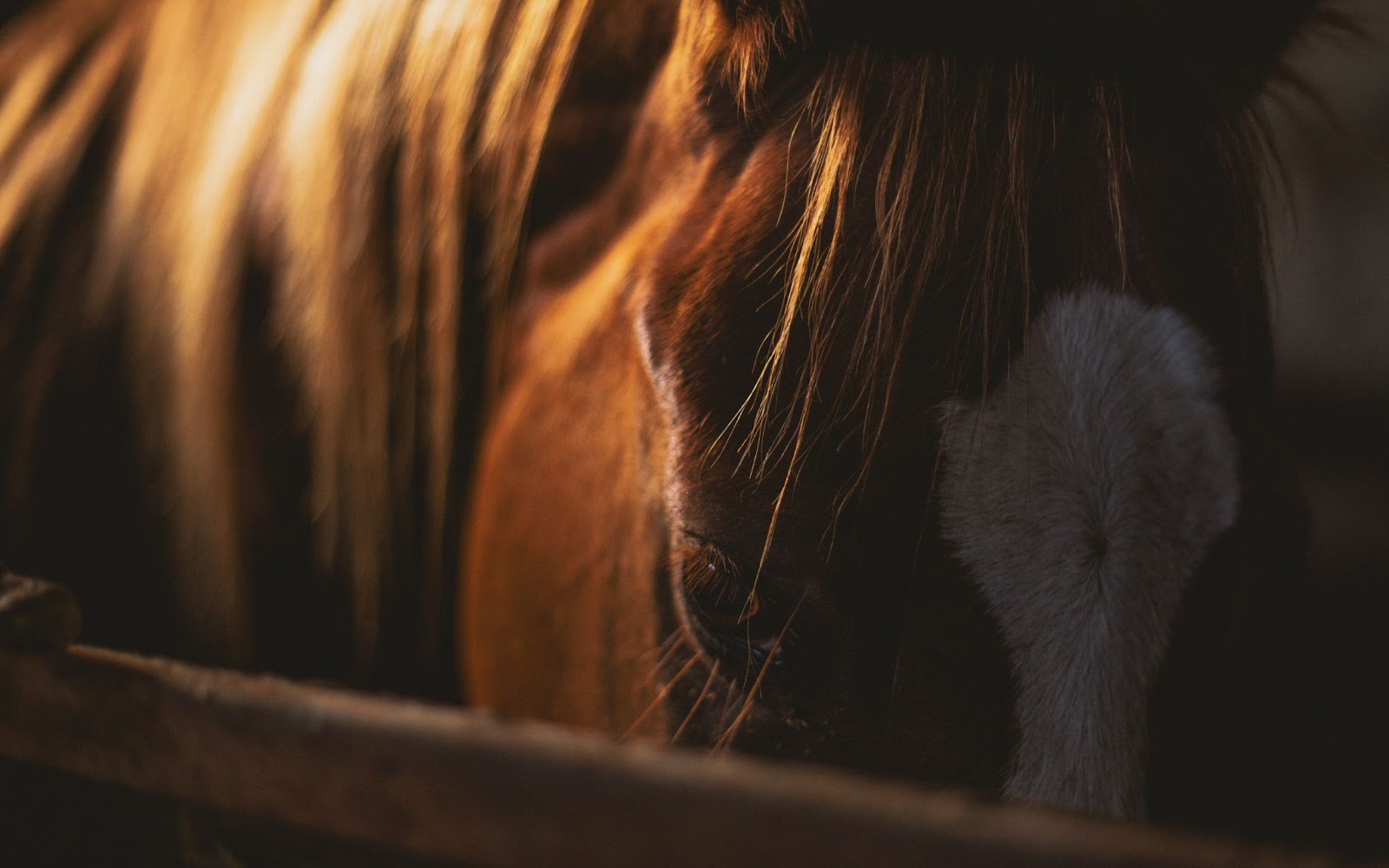 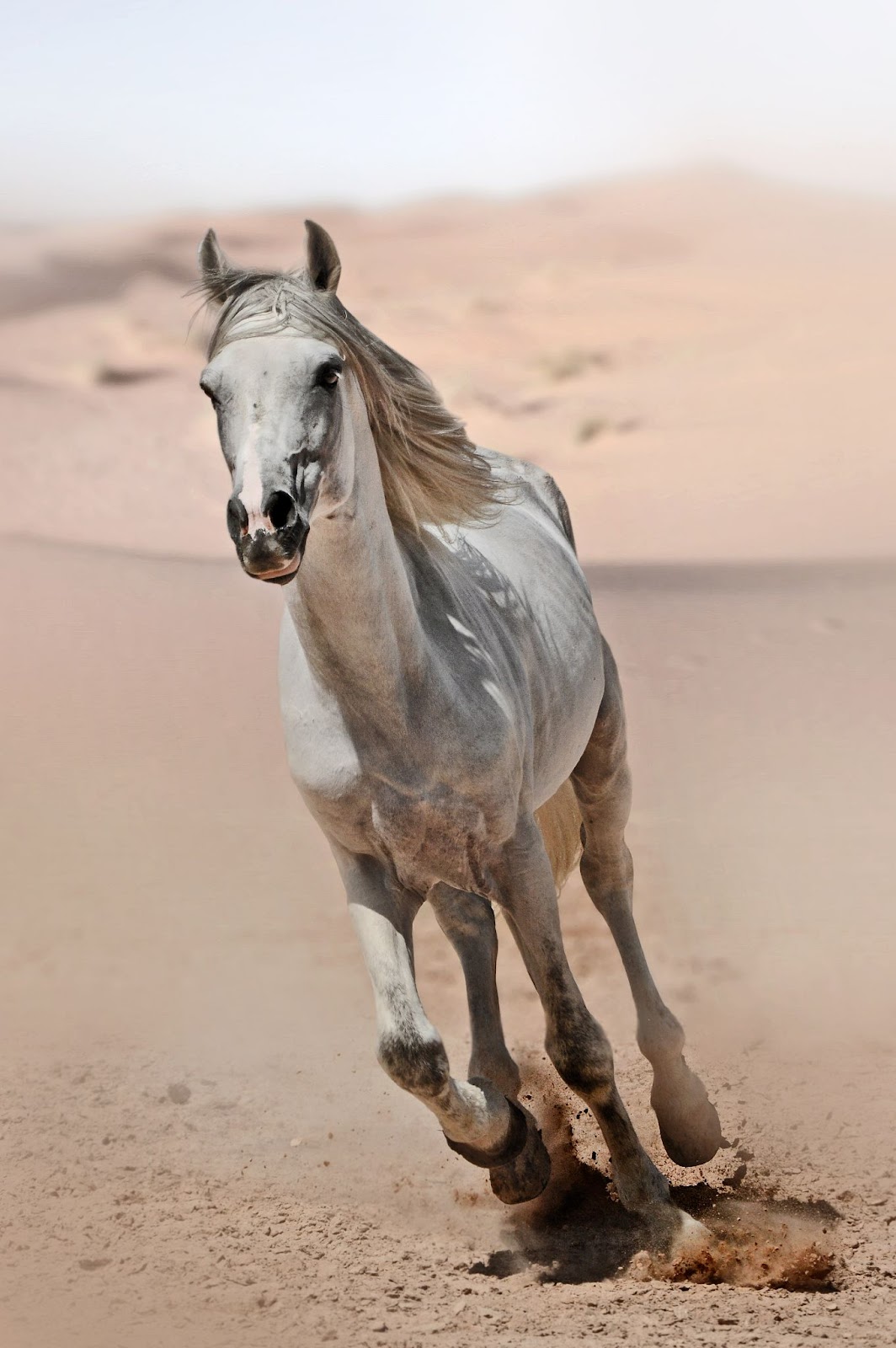